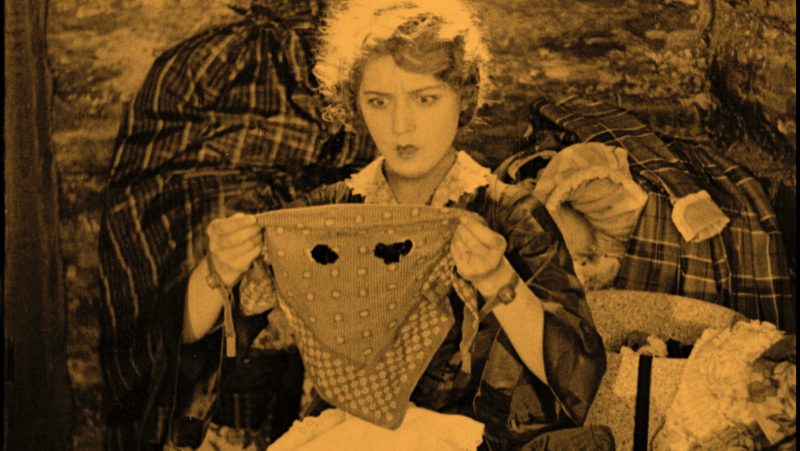 CLASH OF THE TITANS: DEMILLE AND PICKFORD

The George Eastman Museum in Rochester, NY has provided the splendid print of A Romance of the Redwoods (1917) – on the programme of the Pordenone Silent Festival – Limited Edition for Friday 9 October, starting at 8:30 pm Italian time – directed by Cecil B.DeMille and starring Mary Pickford, already an established star and appearing here in her first Western, one of the most popular genres in American cinema and theatre. A Romance of the Redwoods has much in common with David Belasco’s famous play of 1905, The Girl of the Golden West, brought to the screen by DeMille himself in 1915, and already celebrated in 1910 in Puccini’s opera La fanciulla del West.
The plot unfolds in California during the Gold Rush, and tells the story of a young woman who meets and falls in love with a man who has impersonated her deceased uncle. This is a variation on the theme of the wrongdoer transformed by the redemptive power of love, and it was written with great liveliness and talent by DeMille himself and his trusted scriptwriter Jeanie Macpherson. The film was shot amid the remarkable natural scenery of Redwood Country, the sequoia forests of California, and was a box office hit, especially because of Mary Pickford. Canadian by birth, she was an actress, producer and outstanding manager, becoming a central figure in the history of cinema. Adored by the public as “America’s sweetheart” and “the girl with the golden curls”, Pickford was one of the founders (with Chaplin, Griffith and Fairbanks) of United Artists and the Academy of Motion Pictures Arts and Sciences (another co-founder was Jeanie Macpherson) – the body which awards the Oscars. During the First World War she was the driving spirit behind numerous patriotic enterprises, and her hectic social life after her marriage to Douglas Fairbanks was followed by all. Wherever they went, the couple was greeted by delirious crowds and received by heads of state. With the advent of sound she ended her career in front of the camera, although she continued to stay in the world of cinema as a producer.
A Romance of the Redwoods was the first of DeMille and Pickford’s two collaborations, and these strong-headed titans of cinema did their best to rein in their impulses on set.

After the film, festival director Jay Weissberg will be joined by scholar Anke Brouwers in Antwerp, and by musicians Donald Sosin and Joanna Seaton in Connecticut.

Friday 9 October, starting at 4 pm Italian time, will see our last appointment with musical Masterclasses for this edition of the Giornate online, dedicated to aspiring silent film accompanists but also to a broader public interested in enhancing their knowledge of this art. Today’s Masterclass will focus on how a choice is made to use more than one instrument for a given performance. Our live streamed conversation will be with Stephen Horne, Frank Bockius and Günter Buchwald, each of whom is a master of several instruments.

The presentations curated by Paolo Tosini about new publications on film (at 5 pm) will conclude with Barbara Tepa Lupack, author of Silent Serial Sensations: The Wharton Brothers and the Magic of Early Cinema, a volume dedicated to the rediscovery of the Wharton brothers, kings of movie serials; and with Ned Thanhouser, who will present three new DVD releases which expand the surviving titles produced by the Thanhouser company.