CINEMATHEQUES IN THE SPOTLIGHT OF THE 2020 EDITION 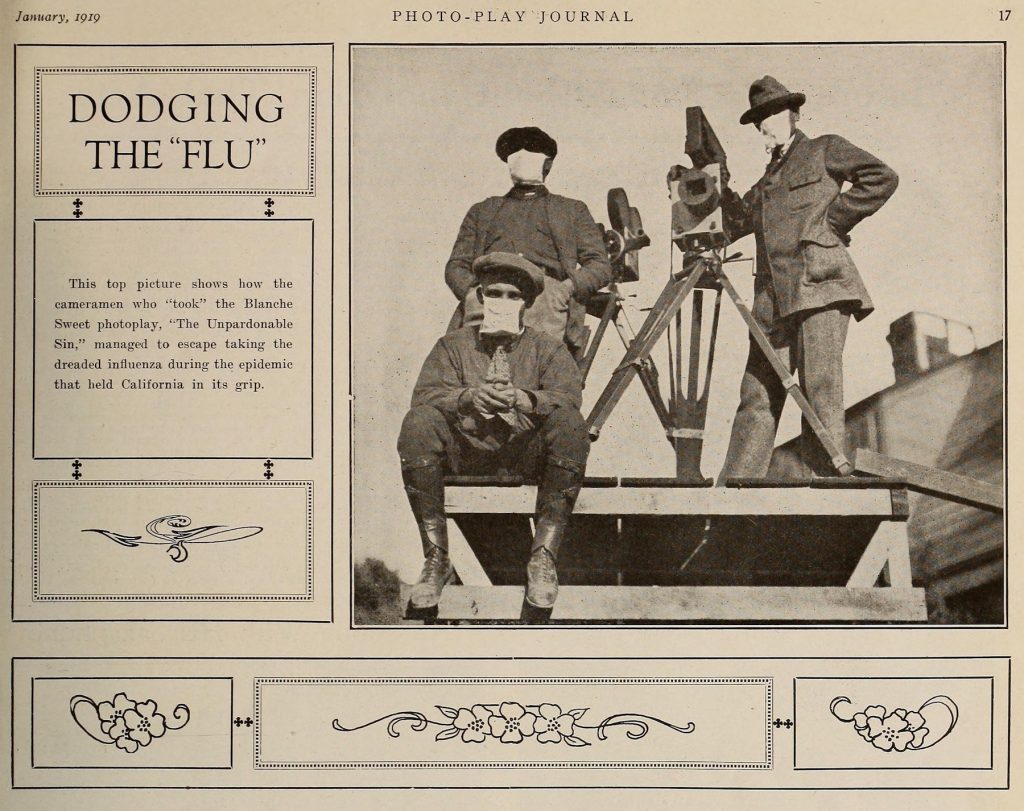 In the December 1918 issue of Moving Picture World, at a moment like today when the world was rocked by a pandemic, Robert C. McElravy wrote, “we believe the proprietor of a moving picture house will have every excuse for keeping close watch upon the health of his patrons at all times in the future.”

The need to make health our number one priority, and the impossibility of welcoming a full complement of international guests in the Teatro Comunale Giuseppe Verdi for our annual rendezvous with silent film, has led the organizers of the Pordenone Silent Film Festival/Giornate del Cinema Muto to shift the 2020 programme set by director Jay Weissberg to 2021. Given that eight days of thematic screenings and events is simply not viable in an online format, the decision has been made to make the world’s leading film archives the Festival’s co-producers, in a sense, offering them the opportunity to present some of their riches online to the Giornate’s public during the established dates.

With the idea of making the archives not simply the Festival’s partners but the actual protagonists, the Giornate is working with a number of major international cinematheques, including the Library of Congress in Washington D.C., Lobster Films in Paris, Det Danske Filminstitut in Copenhagen, the China Film Archive in Beijing, EYE Filmmuseum in Amsterdam, the National Film Archive of Japan in Tokyo, together with the Cineteca del Friuli, co-founder with Cinemazero of the Pordenone Silent Film Festival.

Even online, the Festival will be a rich and rewarding event. The director is currently making a selection from the exciting proposals, which include rarely seen films as well as recent restorations, all paired with the kinds of musical accompaniment the Giornate audience has come to love. Included in the online event will be streamed discussions with archivists, musicians and film scholars, as well as the 35th year of the Jean Mitry Award presentations. A bilingual catalogue will be downloadable on the website and later available in printed form.

More information will appear well in advance of the Festival dates, 3 – 10 October, with detailed programme notes together with the names of all archives joining with the Giornate in this unexpected, temporary phase of the Festival’s existence. Accreditation details will be provided as soon as possible.

Once the emergency health regulations have eased and it’s possible to again welcome the local public in an equitable manner, the Giornate will host silent film screenings with live music in Pordenone’s Teatro Verdi and Sacile’s Teatro Zancanaro, as a way of expressing gratitude to the citizens of the two cities.

With an eye to reinforcing the ties between the Festival and its international public, a new blog is being launched this weekend, called La Gatta Muta; or, The Silent Cat, created by director Jay Weissberg and hosted on the Giornate’s website. Its aim is to stimulate discussion by uncovering the forgotten people and episodes of the silent era, privileging storytelling as a path towards rediscovery.