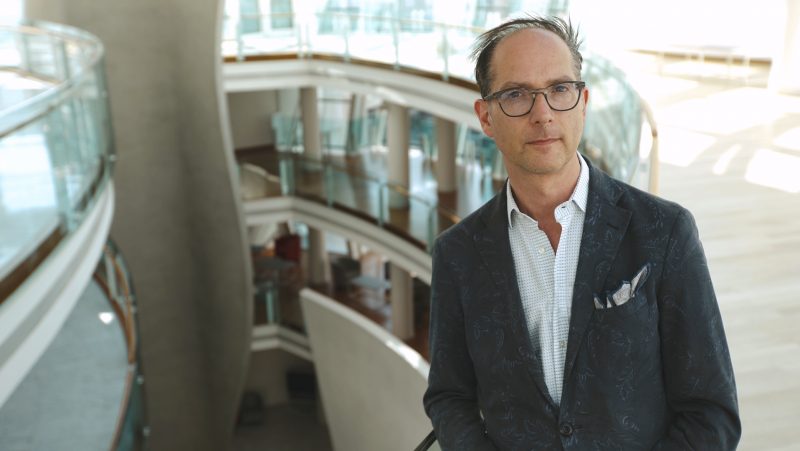 LOOKING FORWARD TO 2021 AND THE 40th EDITION OF THE FESTIVAL

Beyond expectations – that’s how the 2020 edition of the Pordenone Silent Film Festival has turned out, after being online for the first time in its 39-year history, due to the pandemic. There is one live event, the customary post-festival repeat performance of the Saturday screening, on Sunday 11 October at 4.30 pm at Pordenone’s Teatro Verdi, in compliance with anti-Covid regulations – “Laurel or Hardy”, a series of short films made between 1916 and 1925 which reveal how the world’s most famous comedy duo wowed the public before their historic partnership began. The accompaniment will be by the musicians of the Zerorchestra.

Of course we missed the emotions of a week’s live shows, but viewers who connected from around the globe were certainly satisfied with the solid programme put together for this Limited Edition by festival director Jay Weissberg in collaboration with international film archives, and with the best possible visual and audio quality guaranteed by the MYmovies platform. On the one hand, the web has made it possible to maintain our link with the extended Giornate family – devoted individuals who have followed the festival for many years – and on the other, it has proved to be an excellent sounding board, bringing new audiences to the festival, thanks in part to an accessibly-priced basic accreditation (€ 9.90).

Numbers don’t lie, and this edition more than doubled its accreditations, exceeding 2,000. Among other interesting data, there were over 11,500 hours of total viewing time, from 37 nations. In first place, as always, the United States, followed by Italy, the United Kingdom, Germany and Canada, but Australia, Spain, France and the Scandinavian countries also ranked high, and there was no shortage of viewers in New Zealand, the Philippines, Singapore, China and the United Arab Emirates. As for cities, London had the most hours of connections to the festival, followed by New York, Los Angeles, Rome and San Francisco, and then Paris, Montreal, Melbourne, Berlin, Buenos Aires, and Mexico City. In addition to Friuli Venezia Giulia, in Italy the festival was followed mostly in Rome, the Veneto, Milan, Florence and Bologna.

We also owe this achievement to the popular festival website, with 56,000 pages consulted, and a successful social media campaign, which had sponsorships this year. In one month (from 10 September) Facebook posts were viewed 3,200,000 times, reaching 2,700,000 people with 110,000 interactions and an increase of 1000 likes compared to last year. 322,500 Instagram accounts were involved, with 2,000 interactions. Twitter followers increased by over 250, with 131,000 views. YouTube was accessed this year, together with Twitch, for the festival’s daily live broadcasts – the post-film discussions involving archivists, experts and musicians, the Masterclasses on accompaniment, and book presentations – with a total of 12,500 views, in addition to live time on Facebook.

From the artistic point of view, festival director Jay Weissberg says he is very satisfied with a programme conveying the beauty and variety of silent cinema, from its origins (The Brilliant Biograph compilation, with images from 1897 to 1902) to its later years (the Chinese film Guofeng, from 1935), and with names ranging from the most famous (Stan Laurel, Oliver Hardy, Cecil B. DeMille, G.W. Pabst, Mary Pickford, Sessue Hayakawa, Brigitte Helm) to the less well-known figures. Among the latter is director-actor Carlo Campogalliani, in his silent period; his highly original La tempesta in un cranio (Kill or Cure; 1921) shows that post-war Italian film was not the exclusive domain of great divas and strong men like Maciste – an unfamiliar cinema, for most people, but (as the Giornate’s recent tributes to Mario Bonnard have shown) one that deserves rediscovery and re-evaluation.

Music, an integral and indispensable element of silent cinema projection, has always been of great importance. With the sole exception of the Greek film The Apaches of Athens, which had a recorded orchestral score, accompaniments were entrusted to the festival’s outstanding team of musicians: Neil Brand, Philip Carli, Stephen Horne, John Sweeney, José María Serralde Ruiz, Daan van den Hurk, Gabriel Thibaudeau, Günter Buchwald, Frank Bockius, Mauro Colombis, and Donald Sosin and Joanna Seaton. Individually or in groups, they also starred in the daily Masterclasses in musical accompaniment.

For the return of our Silent Film Festival to Pordenone itself, we put our hopes in the New Year. Our 40th edition, from 2 to 9 October 2021, will focus, together with many special events, on the thematic sections that could not be produced in 2020, including a programme of Korean cinema, a tribute to American women screenwriters, and above all an extensive retrospective on Ruritania, a mythical Balkan kingdom which provides the setting for films from various nations, (including Italy), so numerous that they constitute a true cinematic genre. After a period of crisis like the present one, in which we hunger for some form of even temporary escape, Ruritania – a place of exoticism and mystery, of femmes fatales and adventure – represents an idea of cinema through which we can imagine and hope for a better world.

The Pordenone Silent Film Festival is realized thanks to the support of the Autonomous Region of Friuli Venezia Giulia, the Ministry for Cultural Heritage (Directorate-General for Cinema), the Municipality of Pordenone, the Pordenone-Udine Chamber of Commerce, and the Fondazione Friuli.