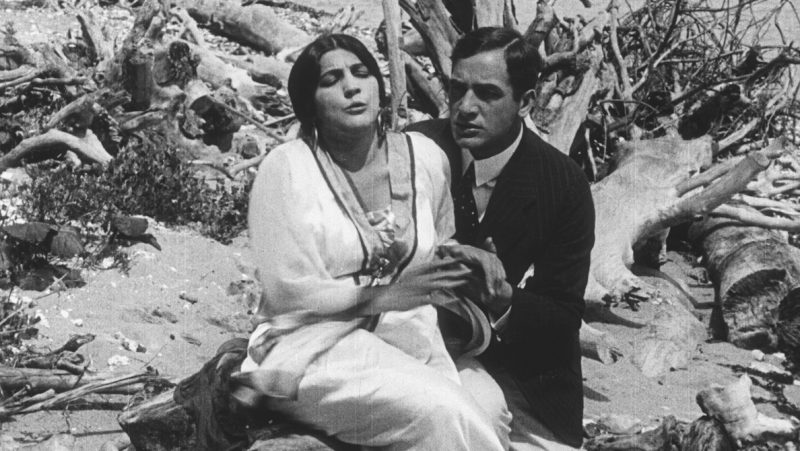 A PARISIAN RENDEZVOUS WITH THE PORDENONE SILENT FILM FESTIVAL

A selection of films from the 40th edition of the Pordenone Silent Film Festival, only just concluded at the Teatro Verdi of Pordenone, will be screened in Paris under the banner “Giornate del Cinema Muto, sélection du festival de Pordenone 2021”, organized by the Fondation Jérôme Seydoux-Pathé in collaboration with the festival, running from 13 to 26 October.

The programme, selected by Samantha Leroy, reflects the festival’s emphasis on the role of women not just in front but also behind the camera. Of the eleven titles chosen, three –Aberglaube, Lola Montez, die Tänzerin des Königs and Der Juxbaron – were included in the retrospective dedicated to rediscovering the Jewish Austrian actress-producer Ellen Richter. The spotlight is also on American women screenwriters with A Temperamental Wife, written by Anita Loos, and Miss Lulu Bett (1921), written by Clara Beranger, while with Carmine Gallone’s L’ombra di un trono (1920), adapted from the popular French novel Fleur d’ombre by Charles Foleÿ, audiences can appreciate the talents of Polish-born diva Soava Gallone, wife and muse of the director.

Westerns also find a spot on the programme with two films testifying to the genre’s adaptability: the buoyant Don Quickshot of the Rio Grande, and The Man from Kangaroo, the latter filmed in the Australian outback as a vehicle for Olympic athlete Snowy Baker. Completing the salute are three Japanese-themed Vitagraph shorts from 1910.
Info: http://www.fondation-jeromeseydoux-pathe.com/pordenone_2021_actu

Not to be forgotten: on Wednesday, 13 October the Festival Lumière of Lyon will be showcasing the closing event of this year’s Pordenone Silent Film Festival, the Cinémathèque française’s restored copy of Alexandre Volkoff’s spectacular Casanova starring Ivan Mosjoukine, featuring a new score by Günter Buchwald, who’ll also be conducting the Orchestre National de Lyon.