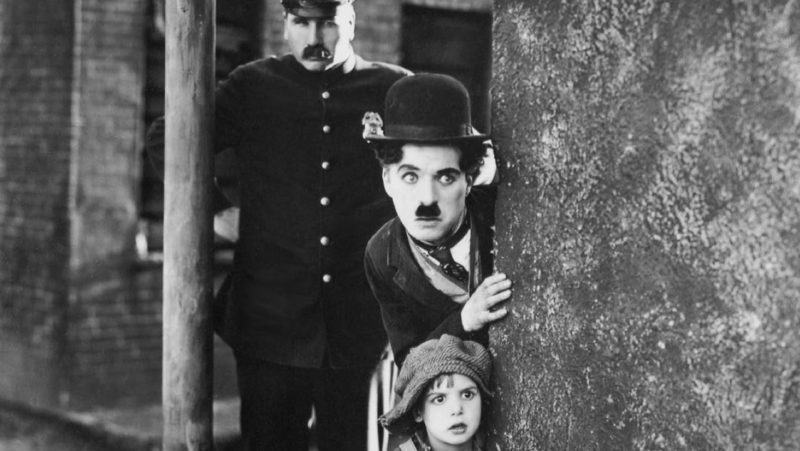 OPENING WITH CHARLIE CHAPLIN’S THE KID AND CLOSING WITH ALFRED HITCHCOCK’S THE LODGER, BOTH WITH ORCHESTRAL ACCOMPANIMENT
A THIRD ORCHESTRAL EVENT WILL BE FRIDRIKH ERMLER’S MASTERPIECE FRAGMENT OF AN EMPIRE
A RETROSPECTIVE DEDICATED TO WILLIAM S. HART, THE COWBOY STAR WHO LEFT AN ENDURING MARK ON WESTERNS
ALSO AT THE HEART OF THIS EDITION, “THE ORIGINS OF EUROPEAN SLAPSTICK” AND THE RETURN OF “NASTY WOMEN”

With each edition, the Pordenone Silent Film Festival furthers its mission to enhance our knowledge of silent cinema and the era it was made, by returning to that moment of extraordinary experimentation when the new cinematographic medium was still developing. Dedicated to re-evaluating the numerous connections between past and present, the festival remains a showcase for that magical fusion of image and music thanks to live accompaniment with every film, from solo pianists to ensembles and full orchestras, allowing experts from every part of the globe, together with an ever-growing number of enthusiasts, to rediscover an art form that was never truly silent.

For the 38th edition, unfolding at the Teatro Comunale Giuseppe Verdi from the 5th to the 12th of October 2019, director Jay Weissberg jumps right in with one of the most beloved films of all time, The Kid by Charlie Chaplin, presented with the score Chaplin himself wrote for the film’s 1971 reissue, restored and arranged by maestro Timothy Brock, who’ll be conducting the orchestra San Marco of Pordenone on opening night, Saturday 5 October. The presentation will be repeated in the afternoon of Sunday, 13 October as part of the Teatro Verdi’s regular musical season, with Günter A. Buchwald conducting.

Chaplin’s first feature-length film, made between 1919 and 1920 and released in 1921, is considered by many to be his masterpiece, and tells the story of a young boy abandoned by a single mother and adopted by Chaplin’s penniless Tramp character. The film launched Jackie Coogan, playing “the kid,” to stardom, becoming the most famous child actor of the silent era. Of Coogan, film historian and Chaplin biographer David Robinson (and director emeritus of the festival) wrote, “No child actor, whether in silent or in sound pictures, has ever surpassed Jackie Coogan’s performance as The Kid in its truthfulness and range of sentiment.”

For the final evening, another legendary title: Alfred Hitchcock’s The Lodger (1927), starring Ivor Novello in a role as ambiguous as it is fascinating. A high-voltage thriller set in a fog-bound London – the film’s subtitle is “A Story of the London Fog” – The Lodger is based on the novel by Marie Belloc Lowndes and inspired by the story of Jack the Ripper, whose memory remained alive in the English capital even four decades after his horrific murders. “It is possible this film is the finest British production ever made” declared The Bioscope at the time, and Hitchcock himself considered it his first real film, or rather, the first one in which he could recognize his signature style, that genial combination of suspense and humour brought together by clever staging. A new orchestral score for The Lodger, composed by Neil Brand will be performed by the Orchestra San Marco under the baton of Ben Palmer.

The orchestral midweek event (Wednesday, 9 October) is Soviet director Fridrikh Ermler’s 1929 masterpiece, Oblomok imperii (Fragment of an Empire), starring Fyodor Nikitin. A wrenching metaphor for the changes taking place in the Soviet Union in the 1920s, the film follows a soldier traumatized by the First World War who regains his memory ten years after the fighting and returns to his native city, St. Petersburg, only to be confronted by monumental societal changes post-Revolution, down to even the name of his birthplace, rechristened Leningrad. Available until recently only in incomplete versions, the film will be presented not only in a newly restored print made thanks to a partnership between the San Francisco Silent Film Festival, EYE Filmmuseum and Gosfilmofond, but accompanied by the recently rediscovered original orchestral score written by Vladimir Deshevov, which will have its international premiere in Pordenone. The orchestra will be conducted by Günter A. Buchwald.

William S. Hart, the greatest Westerns actor of the silent era, is the star of one of this year’s major retrospectives. With a face as iconic as Buster Keaton’s and a laconic quality that influenced generations of cowboy stars (including John Wayne), Hart enjoyed an international popularity rivaled only by Chaplin. Amongst a crowded Westerns landscape, his films stood out for their sensitivity to both white and Native American cultures. Included in this section, comprised of seven shorts and seven features, is the world premiere of the new restoration of The Aryan (1916), long considered a lost film and now restored by the Museo del Cine de Buenos Aires of Argentina. This retrospective is organized in collaboration with the William S. Hart Museum of Newhall, California, an affiliate of the Natural History Museums of Los Angeles County.

The subversive pleasures of “Nasty Women” return to Pordenone, following the groundbreaking series from 2017 that featured shorts made largely in the 1910s and earlier, showcasing strong-minded women and girls delighting in wreaking havoc and upending the rules of patriarchal power. Hailed by film scholars two years ago as a new reference point for understanding the comic genre and women’s fundamental role in their evolution, this series is now followed up by two new programs of “Nasty Women” presented within the larger framework of a series entitled “The Origins of European Slapstick.” Despite the enormous popularity of the slapstick genre, which boasts some of the greatest comedians of all time as practitioners, much still remains to be discovered. This new series looks to trace the origins of slapstick comedy routines from their roots in music hall, vaudeville, and the circus, to their evolution in early comic shorts, and finally their reappearance in feature films. All, of course, accompanied by the joyous sounds of music and laughter.

Strong women protagonists make an appearance in a number of other sections of this year’s edition. To mention a few: two Gallic superstars, Suzanne Grandais (“the French Mary Pickford”) and the legendary Mistinguett, as well as one of Joan Crawford’s first major appearances in a starring role, M-G-M’s Sally, Irene and Mary (1925), directed by Edmund Goulding (of Grand Hotel fame), recently restored by the George Eastman Museum in Rochester, New York.