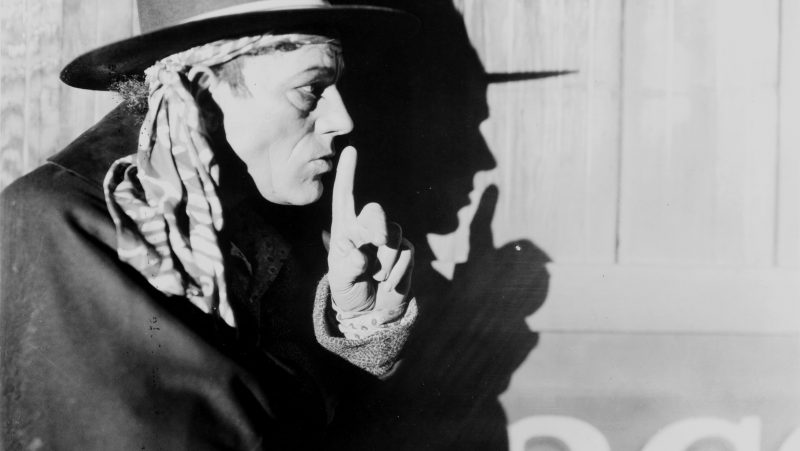 The 41st edition of the festival begins on Saturday 1 October with the world premiere of the newly restored version of
Tod Browning’s THE UNKNOWN,
starring LON CHANEY and JOAN CRAWFORD.

Live musical accompaniment by the Orchestra San Marco of Pordenone, with a score by José Maria Serralde Ruiz

The Special Event that opens the 41st edition of the Giornate del Cinema Muto of Pordenone, on Saturday 1 October at 21.00 in the Teatro Verdi, is one of the cult films of cinema history, The Unknown (1927). A film maudit directed by Tod Browning, one of the fathers of the horror film, who had a marked predilection for the different and the monstrous (his other films include Freaks and Dracula), and interpreted by his favorite actor, Lon Chaney, who in The Unknown provides astounding proof of his incredible talent. Chaney was known for his amazing use of makeup, which earned him the nickname of “The Man of a Thousand Faces”, but in The Unknown, besides the expressiveness of his face, Chaney used his entire body in the role of an armless circus performer, Alonzo, who throws knives with his feet. The partner in his act is Joan Crawford, still very young and early in her career but already establishing herself, as the object of Alonzo’s obsessive amour fou. The actress was deeply impressed by Chaney’s talent, so much so that years later, after a long career which brought her an Oscar, she declared that she had learned more from him than from anyone else she had ever worked with. An admiration that was shared by many Hollywood colleagues, and by the public worldwide, for an actor who, despite having died at the age of 47, has became a reference point for every aficionado of screen horror.
For many years after the end of silent cinema, The Unknown was considered lost; it was only at the end of the 1960s that a print was found at the Cinémathèque Française. A famous anecdote circulated that it was the legendary archivist of the Cinémathèque, Henri Langlois, who discovered that several reels labelled “inconnu” did not contain an unidentified film, but Browning’s masterpiece.
At the Giornate will be presented a copy found at the Prague archive and restored by the George Eastman Museum of Rochester, 10 minutes longer than any material previously known, which brings the film to its original length. In effect it is a new film, comments José Maria Serralde Ruiz, the composer of the new musical score, which will be performed by the Orchestra San Marco of Pordenone.
Saturday 1 October also launches the two principal retrospectives of this year’s Giornate. The first is dedicated to the American actress Norma Talmadge; the other features films set in Ruritania, an imaginary kingdom of the Balkans, which in Italian films like Sui gradini del trono (1912) by Ubaldo Maria Del Colle becomes Silistria (presented at the Teatro Verdi at 16.45, with live musical accompaniment by Günter Buchwald and Frank Bockius). There were more than 60 Italian films made between 1912 and 1924 set in this Balkan realm of fantasy. Certainly the Montenegrin origins of Queen Elena, the consort of King Vittorio Emanuele III, contributed to the public’s interest, but this wasn’t the only reason: these films, with a mix of exoticism, adventure, stories of gallantry, operetta, and the surroundings of court intrigues and dynastic struggles, responded to the new tastes of the public, who craved ever more action and plot twists. The origins of this genre, which in various forms would last for decades (think of Roman Holiday), date back to the the literary success of the British novel by Anthony Hope, The Prisoner of Zenda, published in 1894.

The screenings at Pordenone’s Teatro Verdi begin on Saturday afternoon at 14.00, with Le Lis du Japon (France, 1913-1923), and continue with the first program of the Norma Talmadge retrospective: A Dixie Mother (1910), Mrs. ’Enry ’Awkins (1912), An Official Appointment (1912), and The Moth (1917), with Donald Sosin at the piano. The next show, at 16.45, features the first program of the Ruritania retrospective, with Trke Na Banjici (1912) and Den Sorte Kansler (The Black Chancellor, 1912), accompanied by Günter Buchwald and Frank Bockius.

This year also marks the return of our FilmFair, featuring books and a variety of cinema-related material for collectors. It will be open from 15.00 to 20.00 on the Second Floor of the Teatro Verdi.

The Giornate del Cinema Muto festival gratefully exists thanks to the support of the Regione Autonoma Friuli Venezia Giulia, the Ministero della Cultura – Direzione Generale Cinema, the Comune di Pordenone, the Pordenone-Udine Chamber of Commerce, and the Fondazione Friuli.